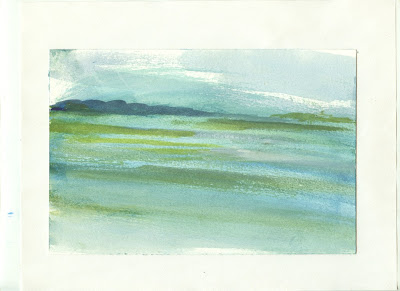 Champlain Islands, Early December--Painting by Kevin Macneil Brown, watercolor on paper, 2011
The end of a year is approaching, with winter light and shadow finding-- and changing-- the shores and waters of Lake Champlain. I would like to take the time to thank all of you who journey with me in image, word, and music, sharing the mystery, beauty, and inspiration of this amazing inland sea.
-KMB
Posted by Kevin Mac neil Brown at 5:39 AM 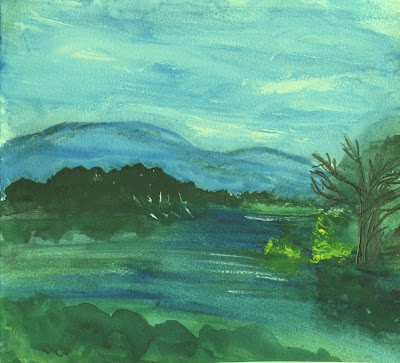 Winooski River, November--
Painting by Kevin Macneil Brown, watercolor and pencil on paper.
The Winooski flows to Lake Champlain. It has become my home river. This fall, its bends and turns and light and shadow have called me to explore and paint it often.
Posted by Kevin Mac neil Brown at 3:10 AM 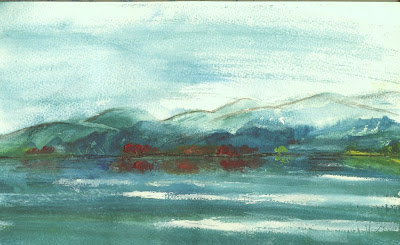 LAKE LIGHT, EARLY NOVEMBER- painting by Kevin Macneil Brown, watercolor and pencil on paper.
November is one of my favorite months for painting. I love the way the light--and colors-- are low and stark; under big skies and attenuated in time, they seem to be all the more precious.
Posted by Kevin Mac neil Brown at 2:54 AM 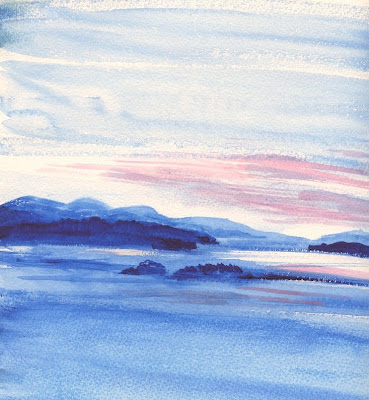 September Afternoon on the Water... 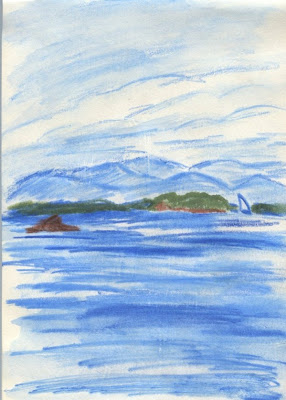 In the late afternoon of that last day on the lake, Shawn went down to the creek to make a few final casts with rod and reel. I took the sea nymph out for one last run before we took her out of the water.
I moved across the smooth waters of the bay side of the point, while gulls and a massive, soaring osprey moved through the sky above me.
Rounding the point, I entered the broad lake. The water here was a darker blue; choppy and cold-looking compared to the blue-green bay. The sun was bright. But at its low and slanting September angle it could do little to offset the stiff lake breeze, so I was glad for the old gray hooded sweatshirt I wore over a white tee-shirt and washed-to-paper-thin khaki shorts.
I steered the sea nymph southwest through the deepest waters of the lake. There was little boat traffic today; I passed only the ferry Valcour, with her wide silver wake and her bands of waving tourists on the deck.
I’d been out about three quarters of an hour when the houses and condos and steeples of Burlington grew larger in my vision. I steered the sea nymph south, running just outside the long white granite vertebrae of the Burlington Harbor breakwater, into the opening of Shelburne Bay. Juniper Island, with its red quartzite cliffs, tall dark pines, and the ancient iron skeleton of an abandoned lighthouse just barely peering above the trees, floated off to the west.
I had brought a small filet of smoked trout and a packet of pipe tobacco along for the voyage. But they weren’t for me.
Outside the entrance of the bay there arose a huge reddish-hued rock, shaped somewhat like an open sail. Rock Dunder, most called it; but its real name was Odzihozo: God, the Creator and Transformer, to the Abenaki who were native to this lake and its islands and eastern shore.
I had learned first-hand what this rock meant, from a man who had died over a year earlier, a poet and fisherman named Virgil Montane.
Montane, an Abenaki Indian who had grown up on this lake, had left it behind for the sea; had, despite his love for the place he called home, exiled himself for far too many years, out of deep shame for his imagined failures in the Second World War.
I had been hired by his aged mother to find him, and I had succeeded, something that surprises me to this day. After I’d found him, the ailing Virgil had back with me: home to die; of liver cancer. His mother, a wonderful, formidable, magical old woman named Helen Lacroix, had died only a few months after Virgil. She had lived a hundred and two years.
Virgil had told me what his father had once told him: That this island of rock was the resting form of the Creator, the Maker--- the one who, after making the work of making the world of waterways and landforms, had come to rest in the place he liked best of all…
So I was here to pay respects, and to ask for help.
The trout and tobacco were offerings, to be placed on a natural rock shelf. I anchored close-by to the rock. Drifting a little with the wind and waves, I looked toward where the sun was setting-- it was almost the autumn equinox, I remembered--in the sky above the gnarled and craggy, blue-gray Adirondacks.
The low sun made the water sparkle with dancing, breathing gems of light; and it seemed-- perhaps it was a trick of that light, or of the motion of water--that Odzihozo was dancing and breathing also, though at a slower, an almost imperceptibly slower, pace.
So I said some words aloud as I stood in the shallows and placed my offerings.
“I’ve come, Creator, to ask your help. Once I found one of your people who was lost to himself and those who loved him. And you helped me find him. Now there’s another who is lost to those who love her. Perhaps she is no longer even in this world. But I ask you to reveal her presence to us, that our worries can begin to be healed...”
Silence followed my words. Or what seemed like silence. But before long I was aware of the sound of lapping water against rock and hull, of the eerie, almost bell-like whisper of wind through the wings of a low-flying pair of canada geese.
Then there was a shrieking laugh from the sky overhead. It was an osprey-- the fish hawk, who with his bright eyes could spot a fish from far above, could dive feet-first, and with fierce talons pull up his flopping, glistening meal.
Virgil Montane had seen the osprey as his familiar, his spirit animal. I took the osprey’s arrival as a very good omen.
--excerpt from BRIGHT PATH, DARK THICKET (A Liam Dutra New England Mystery, By Kevin Macneil Brown.
http://www.lulu.com/product/paperback/bright-path-dark-thicket/17176193
Kindle edition at Amazon.com:
http://www.amazon.com/Bright-Path-Dark-Thicket-ebook/dp/B005ONM5L0/ref=sr_1_1?ie=UTF8&qid=1317329832&sr=
Posted by Kevin Mac neil Brown at 5:57 AM 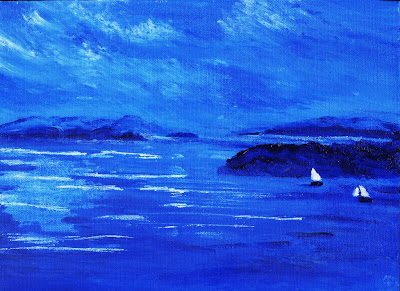 Something deep happens when I breathe in this place... 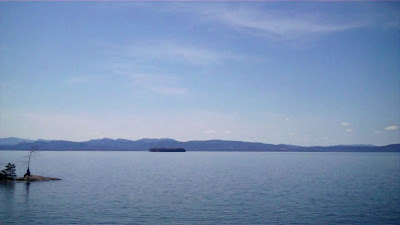 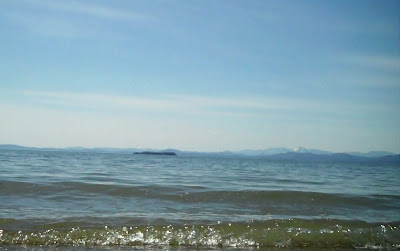 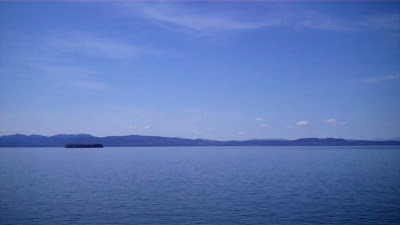 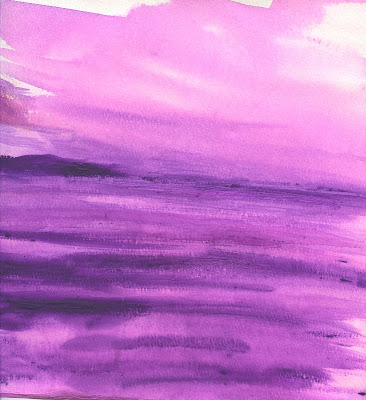 Some Pages From my Lake Champlain Sketchbooks 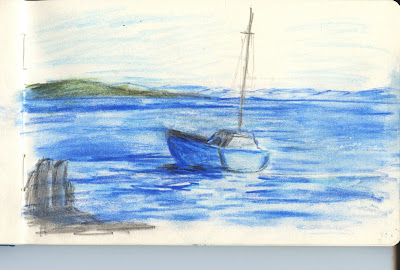 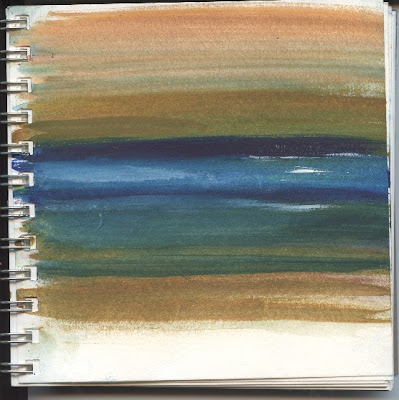 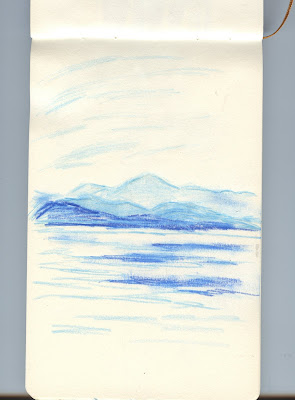 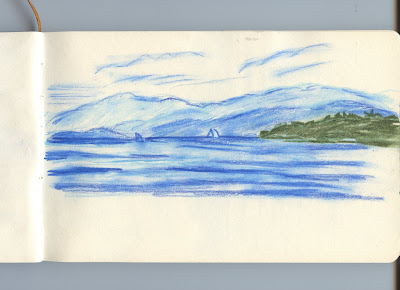 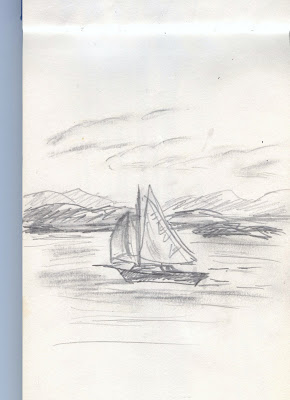 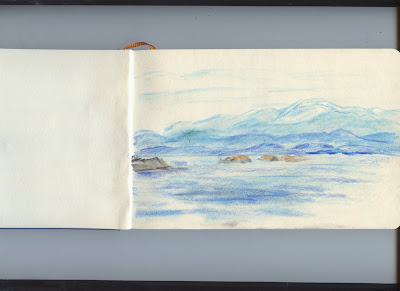 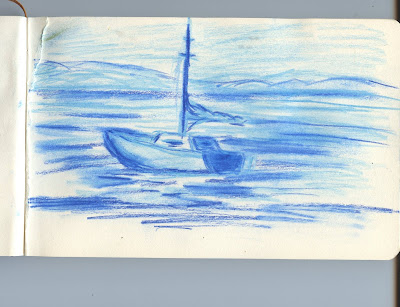 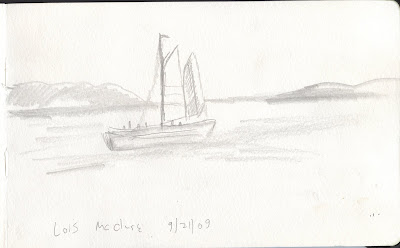 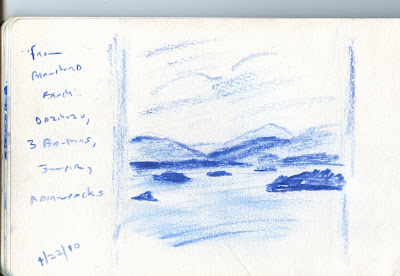 Posted by Kevin Mac neil Brown at 3:05 AM 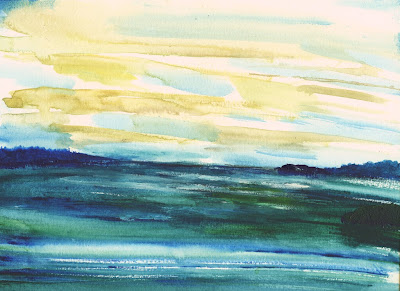 
Beginning, arriving; the thickening of all

blessings; the fullness of this

all day, once the morning

A streak of unknown

light on the lake

is un-remarked but not unnoticed

in the slash of seams at

the edge of uncountable

And those who sailed and

have left a flash of thoughts--

no more words or marks--

but nonetheless a vividness

at the source of all reflection. 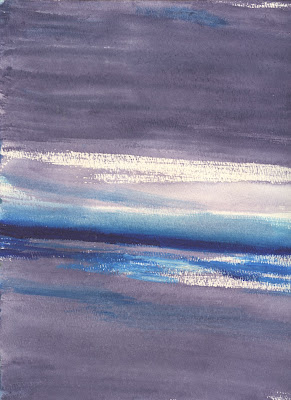 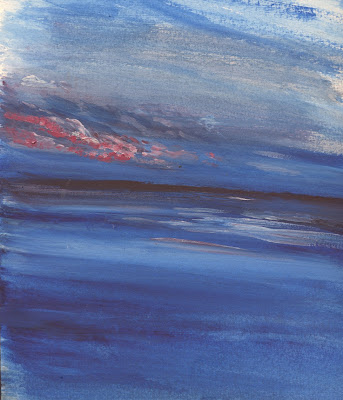 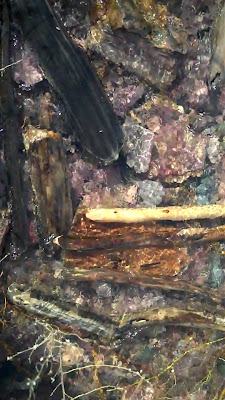 Beginning, arriving; the thickening of all
blessings; the fullness of this
sky full of migrating hawks
all day, once the morning
finds its zenith.

A streak of unknown
light on the lake
is un-remarked but not unnoticed
in the slash of seams at
the edge of uncountable
years.

And those who sailed and
paddled these bays, coves, creeks,
passages
so long ago
have left a flash of thoughts--
no more words or marks--
but nonetheless a vividness
of presence,
an imprint.

Today, tall sedges
beyond
the spillway sway…and
gray water stirs
a sleeping idea
at the source of all reflection. 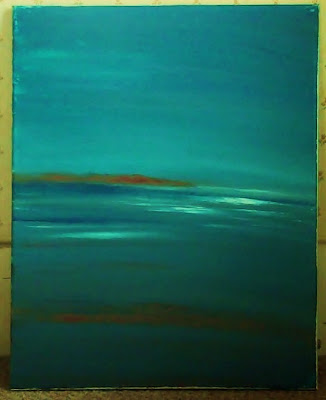 Posted by Kevin Mac neil Brown at 3:09 AM