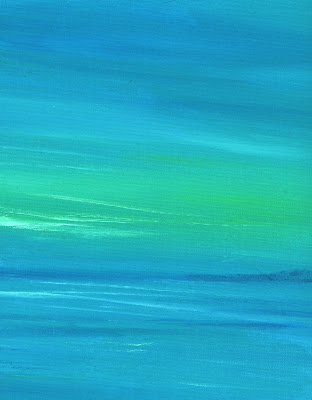 Posted by Kevin Mac neil Brown at 5:17 AM

Painted on the boat:
Blue circles, lines, and
Contours to reflect

The journey,
The opening of space
That the prow,
Cutting gently,
Seeks and sublimates

So many strange colors:
Pines and maples and oaks and
Hemlocks; the sharp and
Piercing red
Of berries on mountain ash.

He had brought corn and
Salt, a small flask of
Trader’s whiskey;
Flint and bacon grease,
Line, weight, bait….

*
River, you have
Brought me here, he
Said,
Then smiled and shivered.

Now October
Shimmered
On the skin of these waters. 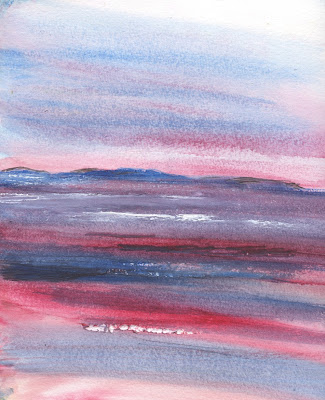 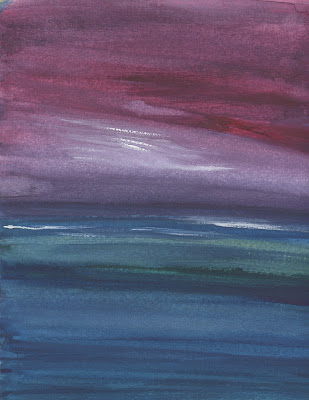 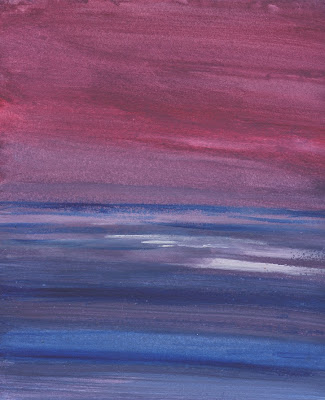 My work this summer on the Quiet Waters paintings has been accompanied by the composition of this long-form soundscape piece for lap steel and laptop.

I invite you to listen and take a contemplative journey along the shoreline and on the water: 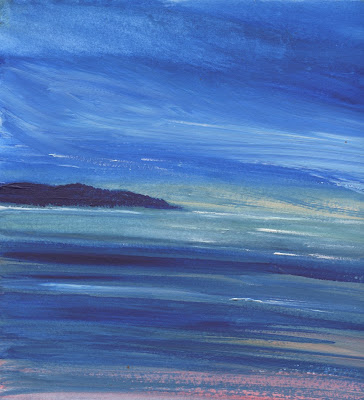 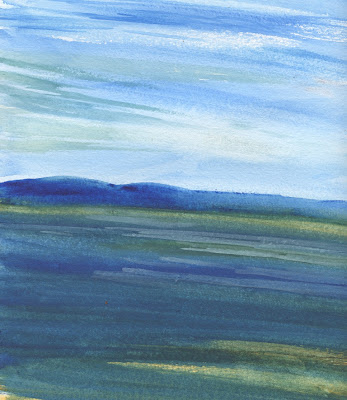 (For information about purchasing prints and originals, or to enquire about my work and projects, please contact me at liminaleditions@gmail.com, or visit kevinmacneilbrown.wordpress.com )
Posted by Kevin Mac neil Brown at 3:49 AM


When I engage with Lake Champlain's waters, sky, and shoreline, I often feel, all at once, both a deep inner calm and a vibrant sense of energy. My intent in this painting was to express these sensations: the wide and deep spaciousness of the lakescape; the movement and energy of light on water, wind in sails.

...I’m grateful and awed every time I engage with Lake Champlain; with its ever-changing surface, shores, and depths offering knowledge and mystery alike.
-KMB, from "Power of Place"

You can read the entire short essay at : 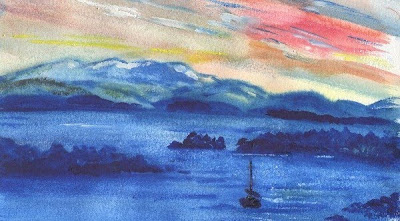 (From the Cove, Lake Champlain,

seeing the lake through his eyes:

Water always
in motion;
though also, at times,
becalmed.

He had spoken more than
once of season’s changing,
bringing a rain of
birds across the
sky and on the water.

He had also said to me:
“Look at all
that deep blue lake;
those distant ghost-grey mountains today;
the dark green forest sharp to the sky --
but sweet silver shallows
at home here
at the cove…”

This was the place
he always
struck out from,
every morning,
year after year.

As I write these words
a fish-hawk swoops,
hits the water hard,
rises
with gleam of
catch in talons.

So, something
still here
of my father, then,
meeting my return.

I returned to the lake shore along Burlington Bay recently for a day of walking, thinking, sketching--experiencing the lake and its horizons as fully as I could. I was riding the bus home when the poem arrived, and I got the first draft down, knowing that I'd found the story to go with the painting.
Posted by Kevin Mac neil Brown at 5:50 AM 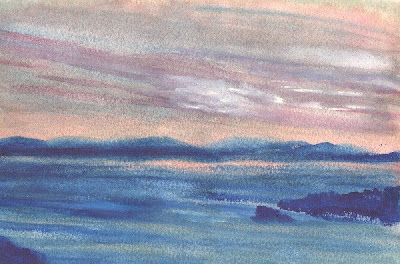 A whole day
in one place:

the edge of
red quartzite
cliffs,

and from here
I can watch
the changing weather
coming for miles.


There it is!
A thin bright line,
slow-moving, silver
across the broad lake, the
flint-hard, sky-flecked waves. 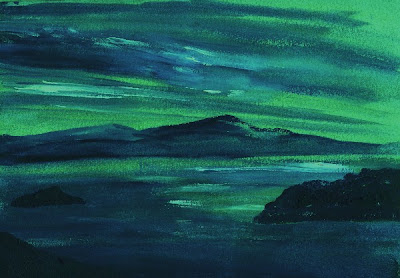 And out across the water of sky, the sky of water, one last
glint of daylight finds the island,
then is taken in to the heart of dark spruce and shadowed pine.

It’s these vibrations and striations
in time and light that
I live for here at the lakeshore.

As for me, like these ancient red rocks,
I only seem to be still. 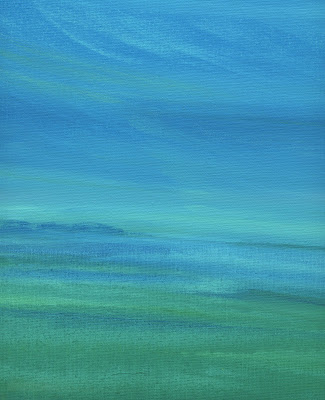 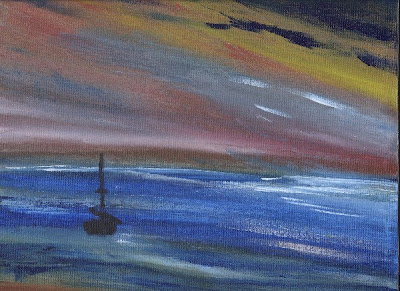